Fuel Dilution And What Causes Oil To Mix With Diesel 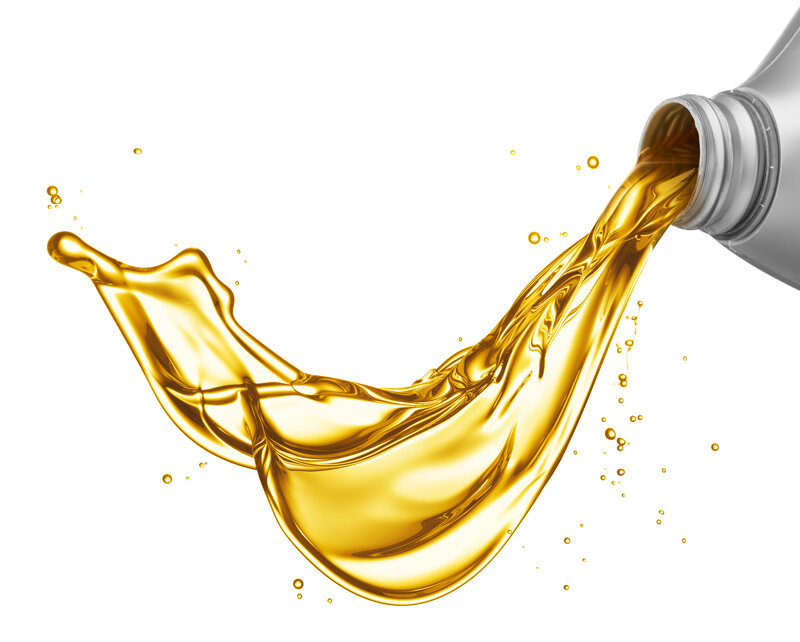 Diesel getting into your oil supply is the last thing you want. However, few drivers know what causes oil to mix with diesel or why it's harmful.

How Oil Can Mix With Diesel

So here, our vehicle experts at All Bay Diesel explain how oil and diesel merge and why you should avoid this at all costs.

In most cases, a broken injector nozzle causes oil to mix with diesel. Unfortunately, injector nozzles don't need exterior damage to break; their seals will wear down over time, allowing diesel fuel to sneak into the oil.

In other common cases, the injector nozzle's sealing ring will fall off, or the spray nozzle will fail. With the latter, the injector nozzle won't spray the diesel as it's supposed to and will instead dump it into the engine. That prevents the fuel from burning and allows it to seep into the oil.

If broken injector nozzles aren't the cause of oil mixing with diesel, it's likely worn-down fuel pump sealants. All fuel pumps have a seal that blocks diesel from mixing with the oil, with many pumps having multiple seals for added protection. However, those seals wear out over time; if they break completely, the diesel and oil will merge.

Your diesel vehicle's exhaust gas regeneration system recirculates gas from the exhaust into the intake manifold. If it breaks, the fuel will get into the oil supply.

A failing exhaust gas regeneration system can be what causes oil and diesel to mix, resulting in two issues. The first and most common is a clogged Diesel Particulate Filter (DPF). Clogged filters can prevent the exhaust gas regeneration system from recirculating gasses to the proper spots, which lets them leak into the crankcase and merge with the oil.

DPFs can also fall out of diesel vehicles if you don't correctly install them, creating similar issues to a severe filter clog.

The hardened gaskets in your diesel vehicle's high-pressure pump will give out with enough wear and tear. When they do, this can force diesel fuel into the oil storage. Similarly, the pump's plungers can produce insufficient pressure, leading to fuel and oil mixing.

These problems often happen in older vehicles that haven't received engine maintenance in years, but new, heavily-used trucks can go through the same issues. Unfortunately, it isn't easy to diagnose which part isn't working, and it's even more challenging to fix those components. Fortunately, All Bay Diesel can remedy these concerns quickly.

When you schedule our mobile diesel repair service, we'll inspect your vehicle from top to bottom to find every reason why your oil and diesel fuel have merged and quickly repair the problems.

A cracked engine cylinder head isn't what causes oil to mix with diesel the most, but it is the most severe related issue.

Cylinder cracks happen near the combustion chamber when you install fuel nozzles too tight. The cracks might not even be visible, but it only takes a microscopic opening for oil to escape. Unfortunately, once the cracks form, they'll grow and allow more oil to leak until you've repaired them.

Engine cracks can also form on the cylinder walls, often resulting from collisions. Unfortunately, these cracks can spread to your engine's rail and fuel lines, causing the oil and diesel to mix and generating other leaks that will worsen until you repair them.

You now know what causes oil to mix with diesel, but you might still wonder why this problem matters. Oil and diesel mixing might not sound bad, but it can destroy your vehicle's longevity and efficiency in three ways:

Oil lubricates your diesel engine's moving parts so they don't grind together, overheat, and wear down. The oil needs to be at a specific viscosity to grease the components. When diesel fuel dilutes the oil, it becomes too runny for adequate lubrication.

Driving with ineffective oil is nearly as bad as driving with no oil. Both situations strain engines long-term, forcing you to pay for expensive repairs and replacements. Poor oil viscosity can also cause short-term issues like engine failure or overheating.

Diesel fuel doesn't just lower oil viscosity; it also drags down the lubricant's essential additive properties. These additives prevent engine wear and tear by layering around the components and taking the brunt of the damage. So instead of metal scraping against metal, your engine's operation is a protective layer bumping into itself.

However, when diesel fuel dilutes the additive content, the oil won't have enough strength to form that layer around your engine's moving parts. That absence of protection adds to the short and long-term damage your engine faces when oil and diesel mix.

Oil and diesel fuel are not compatible substances; when they mix, it drags down the oil's effectiveness through oxidation.

Oxidation brings down the lifespan of oil and happens naturally, but a splash of diesel speeds up the process. You can identify oxidized oil by its darkened color, increased viscosity, and sludge deposits. It's crucial to replace your oil as soon as you spot these signs.

Oil oxidization shortens the lubricant's lifespan and turns the oil against the engine, causing rust and corrosion that can destroy an engine. To prevent these issues, you need help from a mechanic that knows what causes oil to mix with diesel and how to fix the problems. All Bay Diesel is the best team for the job.

No matter what causes oil to mix with diesel in your vehicle, blending the two elements will render your oil ineffective. Luckily, All Bay Diesel will quickly get to the root of the issue so you can return to the open road in a flash.

Call All Bay Diesel today at (925) 522-1780 to learn more about what causes oil to mix with diesel or diesel runaway causes and solutions.