Diesel Smoke: What Do The Colors Mean? 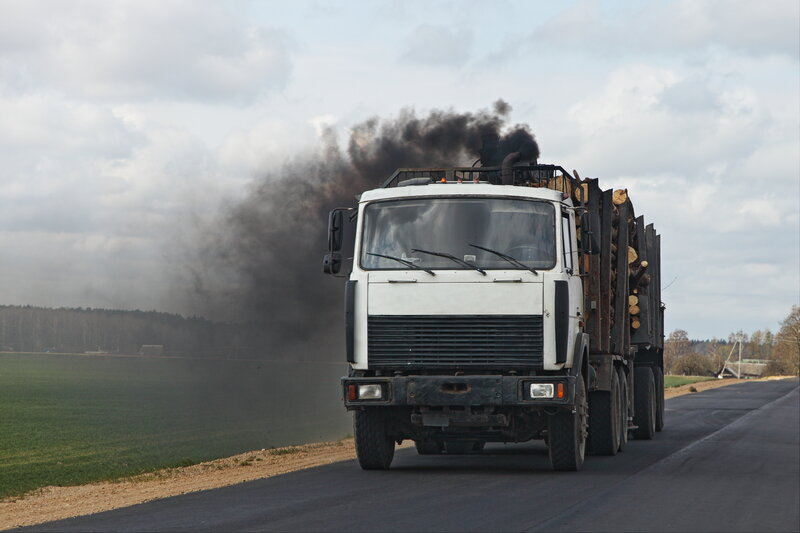 If you see diesel smoke coming from your exhaust, it’s time to examine the potential causes with the help of an experienced diesel technician. Different colors of diesel smoke can indicate various issues with your engine. Your mechanic will use that smoke as a clue to help pinpoint the specific diesel engine problem you’re facing.

Thanks to modern technology, diesel engines don’t release smoke when they are operating correctly. When you see smoke coming from your diesel exhaust pipe, it’s often an indicator that it is time for a repair.

Different types of engine problems will create various chemical reactions. These chemical reactions can indicate the problematic interactions in the engine area, causing the smoke to occur. Each smoke color relates to a variety of diesel engine troubles, as detailed below.

These issues contribute to a failure to burn the fuel and cause the black diesel smoke entirely. A failing fuel injection system can overwhelm the technological advances of diesel exhausts that work to recycle and fully process the exhaust particulates.

White diesel smoke often relates to one of two potential systems that are causing problems. One possible problem is that the coolant fluid is working its way into the cylinders and burning along with the fuel. The other problem could be that the fuel isn’t burning completely.

White diesel smoke can be irritating to the eyes and skin. This irritation is more likely when the diesel fuel isn’t burning properly and is making its way out of the exhaust. You may need to flush your eyes and wash your skin thoroughly after coming into contact with white diesel smoke.

If the presence of white smoke from your diesel engine is temporary, it may just be condensation burning away as the system heats up. The occasional puff of white smoke during hard acceleration is typical as well. If the white smoke lasts more than a few moments, though, it’s time for a professional inspection and repair.

Your diesel mechanic can efficiently repair many of these issues before they become more serious. If you don’t address these diesel smoke issues early, they can affect multiple engine systems and cause permanent damage.

Other potential blue diesel smoke causes might include, but aren’t limited to:

In many cases, the diesel smoke troubleshooting process involves modern scanning tools, compression tests, and fuel pressure tests. The mobile diesel mechanics at All Bay Diesel are always fully equipped and ready to come to you when you experience diesel problems.

When you see diesel smoke coming from your exhaust, you need to repair it as soon as possible to prevent further damage to your engine. Call (925) 522-1780 to schedule your mobile fleet services in Berkeley with All Bay Diesel.