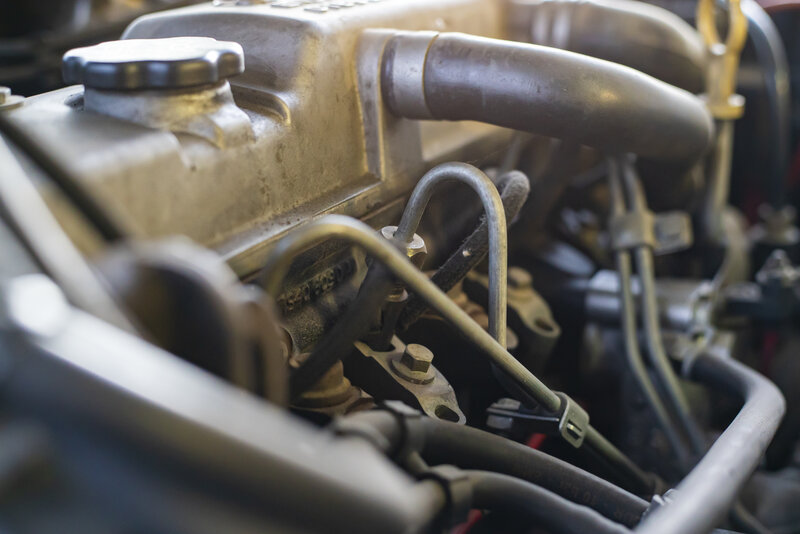 If you drive a diesel vehicle long enough, you’ll learn how it handles when its engine is in optimal condition. Over time, though, you might notice differences in the car or truck’s performance. Numerous issues can cause changes in vehicle handling, but a clogged fuel injector is a common problem for diesel vehicles.

You might not know when a diesel engine overhaul is required, but the guide below will help you identify warning signs of clogged fuel injectors. The expert diesel auto technicians from All Bay Diesel in Berkeley, CA, explain the most common signs of this diesel engine issue.

Most newer diesel engines have fuel injectors. A fuel injector is a valve under electronic control that receives pressurized fuel from the fuel pump. It also sprays a fine fuel mist into the engine’s cylinder through a nozzle to help the motor burn the fuel more efficiently.

The combustion process relies on the right amount of fuel at the right time, pressure, angle, and spray pattern. The diesel engine’s central computer or Engine Control Unit (ECU) controls the fuel injector’s functions using sensors. When the ECU senses the engine’s need for fuel, it relays the information to the injector.

Debris from the fuel or fuel system can clog the injector. Though the fuel filter traps most impurities before reaching the injector, small amounts of contaminants and moisture can get inside it. Debris from corrosion or other impurities can jam the fuel injector if that happens.

A skilled auto mechanic can address a clogged fuel injector by flushing the component. However, caked-on debris may require an ultrasonic cleaning or part replacement to keep the diesel engine running smoothly.

7 Signs That Your Diesel Engine Has A Clogged Fuel Injector

Reduced engine performance often signifies a diesel engine has a clog in its fuel injector. The decreased performance results from insufficient fuel reaching the engine at the right moment, overworking the system. Your vehicle won’t handle the same as it would with a fully functional fuel injector.

You might also notice inconsistency with the RPM (revolutions per minute) needle. When a fuel injector has a clog, the needle on the tachometer tends to move unpredictably. For instance, it might jump unprompted, alerting you to RPM changes when your vehicle isn’t shifting gears.

Since your diesel engine isn’t receiving enough fuel, you might notice the RPM dropping below ideal levels when idling the vehicle. This issue results in a rough idle, which means your car or truck might shake or sputter when it’s running but not moving.

In most cases, rough idling comes with engine stalling. A stalled engine usually occurs if the RPM drops too low or suddenly. If that happens, you will need to restart the vehicle.

Your fuel economy will worsen when you force your diesel engine to overwork with a clogged fuel injector. The engine isn’t receiving the appropriate amount of fuel for its combustion. As a result, it will add stress to the injector to get additional fuel.

A poor fuel economy results from the truck’s Engine Control Unit thinking the engine needs excessive fuel when it doesn’t. If you find yourself filling up at the gas station more often, the issue could be a clogged fuel injector.

Your diesel engine might emit gentle movements when running. However, you shouldn’t feel abrupt or violent vibrations while driving. If your car or truck develops a vibration issue, it could be a dirty or damaged fuel injector not allowing its cylinder to fire correctly.

If your vehicle has this issue, you might notice the engine vibrating or hiccupping as it completes each cycle.

Sometimes, vehicles won’t start when the engine has a faulty fuel injector. If the component can’t deliver fuel to the engine’s cylinder, it can’t initiate combustion using the proper air and fuel mixture.

Consequently, the engine might not turn over. A dirty fuel injector can cause engine failure that prevents a vehicle from starting in rare cases.

Engine misfire can be caused by a clogged fuel injector

People often attribute bad spark plugs to engine misfires. However, a faulty fuel injector can also cause this problem. The engine can misfire if a clogged fuel injector doesn’t spray enough fuel into the engine. This misfire disrupts the ideal air-to-fuel ratio for combustion.

An engine misfire means a car might sputter, stumble, or lose RPMs. As you drive a vehicle with a misfiring engine, you will feel vibrations throughout the car. You might also feel the engine pause momentarily after stepping on the gas pedal.

A dirty fuel injector or one with a deteriorated seal can develop a fuel leak. If that occurs, your engine won’t receive enough fuel through the component’s nozzle because it will drip from the injector’s body.

You can visually inspect the injector to detect signs of fuel on its exterior or fuel rail. You might also smell unburned fuel inside your truck cabin due to a leak.

Other issues can generate a fuel odor like a faulty sensor or damaged fuel lines. So, it’s best to schedule an auto inspection to determine the issue’s cause.

Call Us To Repair Your Clogged Fuel Injector

Your diesel truck relies on having a high-performance engine with functional parts, including the fuel injector. If you suspect your vehicle has a clogged fuel injector, do not hesitate to seek services from All Bay Diesel in Berkeley, CA. We serve the San Francisco Bay area as Berkeley’s top-rated mobile truck repair company.

Our team works closely with each customer to ensure that we address every need. We handle diesel repair, mobile truck repair, and fleet maintenance. Our skilled auto technicians will travel to your location to perform various diesel services, from electrical diagnostics to fuel injector repair.

Receive the best fix for your diesel engine’s clogged fuel injector today. Contact us at 925-522-1780 to schedule an appointment with All Bay Diesel in Berkeley, CA, or the surrounding areas.